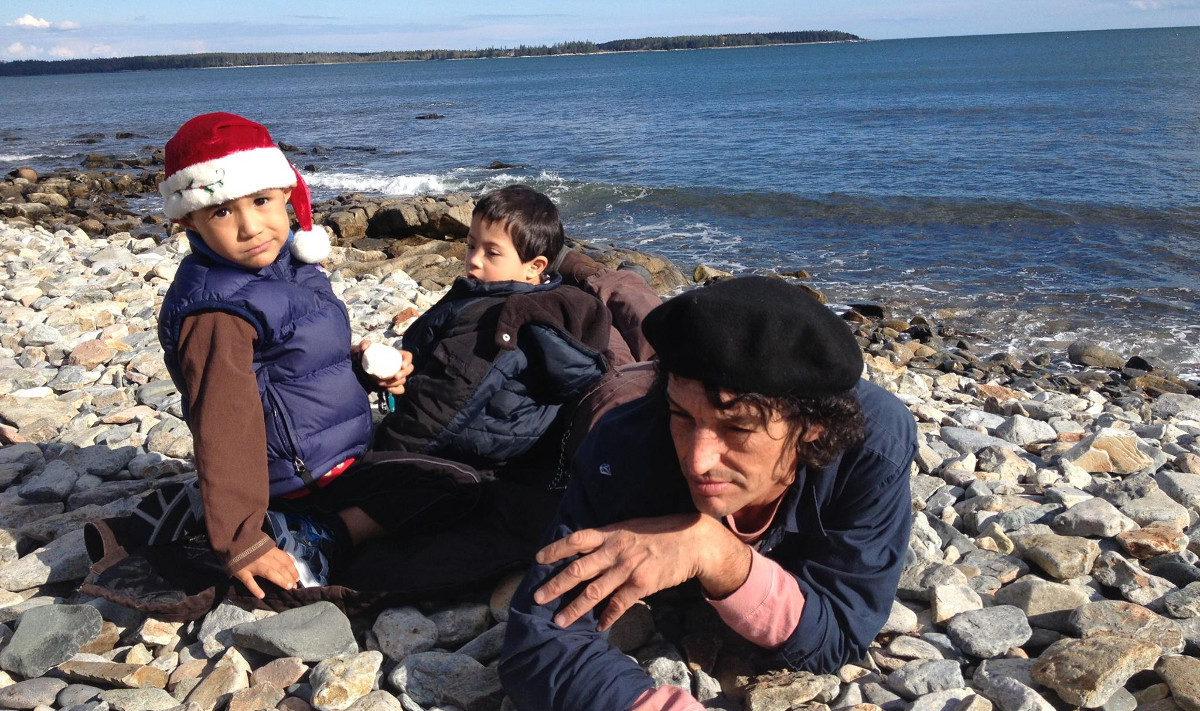 David was born May 17, 1962 in Portland, Maine. He grew up in South Portland, in the Willard Beach area. His father, Earl Linwood Bridges, is a South Portland native whose family settled on Swan’s Island, Maine in the late 1700’s. His mother, Hilda Mae Soctomah Bridges Lewis was born at Sipayik (Pleasant Point) near Perry, Maine. Sipayik is the traditional native community of the Passamaquoddy Tribe. Sipayik is located at the easternmost part of Maine on the shores of Passamaquoddy Bay. While David grew up in South Portland, he spent much of his summers at Sipayik, living alternately with his great-grandfather, Sylvester Gabriel; grandparents, Beatrice and Simon Soctomah; aunts. Jane, Nancy, Lena, Frannie; and uncles, Harvey and Melvin. David is from the Soctomah family and is related to the Gabriel and Neptune families. In 1978 part of the family moved to Ohio for a few years and Hilda remarried Sidney Lewis. David’s siblings, Darell, Jennifer and Mathew, live in Portland and Bangor, Maine.

A year after finishing high school in 1980, David moved to San Francisco, California where he lived for ten years. To make a living as a young man, David worked as a group home counselor for at risk children, painter, carpenter and builder as well as in different stores on Haight Street. Once a year he traveled back to Maine and worked in seasonal jobs, no doubt one of his favorites was to work as a camp teacher. During his years in San Francisco David explored different art expressions like drawing, painting, writing and making jewelry. Photography was also an important part of his life in this city, his partner, Gretchen Anderson, was a photographer from Wisconsin. David traveled across the country several times visiting big cities, small towns and indigenous reservations.

When David moved back to Maine in 1992, he studied boatbuilding and, eventually, learned the craft of his great-grandfather Sylvester Gabriel, first through classes at the Woodenboat School in Brooklin, Maine, with Steve Cayard. Later David and Steve partnered together in scholarship and craft, learning the history of the craft, and visiting and consulting with Museums up and down the eastern seaboard. They also taught workshops in the Native and Anglo communities learning and understanding, in all ways that they could, the birchbark craft and its connection to the native people of the region.

In 1993, David and Jessica Francis, a Passamaquoddy beadworker from Sipayik, built a family together with their son Tobias. They lived in Portland and Blue Hill while David was working as a boat builder and starting his career as a canoe and basket maker. When Tobias was 4 years old, he and his father moved back to Sipayik and David studied history at the University of Maine in Machias. They then moved to Bethel, Maine, where David had one of his most prolific birchbark workshops at home. Since a young age, Tobias participated in several canoe and educational projects and traveled with David around Maine and nationally. In 2017, a few months after David passed away, Tobias participated as an apprentice in a canoe project lead by Steve at the Damariscotta River Association. In 2016 David and Steve had been ready to build this canoe but the project was postponed because of David’s health issues.

In 2007, at the height of David’s artistic career, cultural promotion, and environmental advocacy, David met his wife, Patricia Ayala Rocabado, in Indianapolis when he was applying for a scholarship at the Eiteljorg Museum and she was studying for her Ph.D. in Anthropology. After traveling back and forth for a couple of years between the USA, Chile and Bolivia, they married and had two children, Sabattus and Natanis and lived together in Bar Harbor, Maine for several years. During their life together, Patricia and David strongly supported each other’s careers. David attended several archaeological or anthropological conferences in North and South America with Patricia and; a couple of times, they made presentations together. Patricia and the boys participated in several canoe projects, as well as at Indian markets and David’s talks in schools, universities and cultural institutions.

After David’s passing in January of 2017, Patricia, Sabattus, and Natanis returned to Oruro, Bolivia, where Patricia was born and raised with her parents and siblings before migrating to Chile and the United States. David loved and often visited Bolivia and spent time with his and Patricia’s family there over the years. As an anthropologist, over the past 15 years, Patricia worked as an expert in collaborative and indigenous archaeology in South America. She taught at the College of the Atlantic in Bar Harbor and collaborated with the Abbe Museum in their decolonization projects. After moving to Maine, Patricia became personally connected to the Passamaquoddy community, knowing and valuing the unique cultural heritage of the Sipayik community. Currently, she is working on an art book and film about David as well as on ethnographic research of David’s life history.