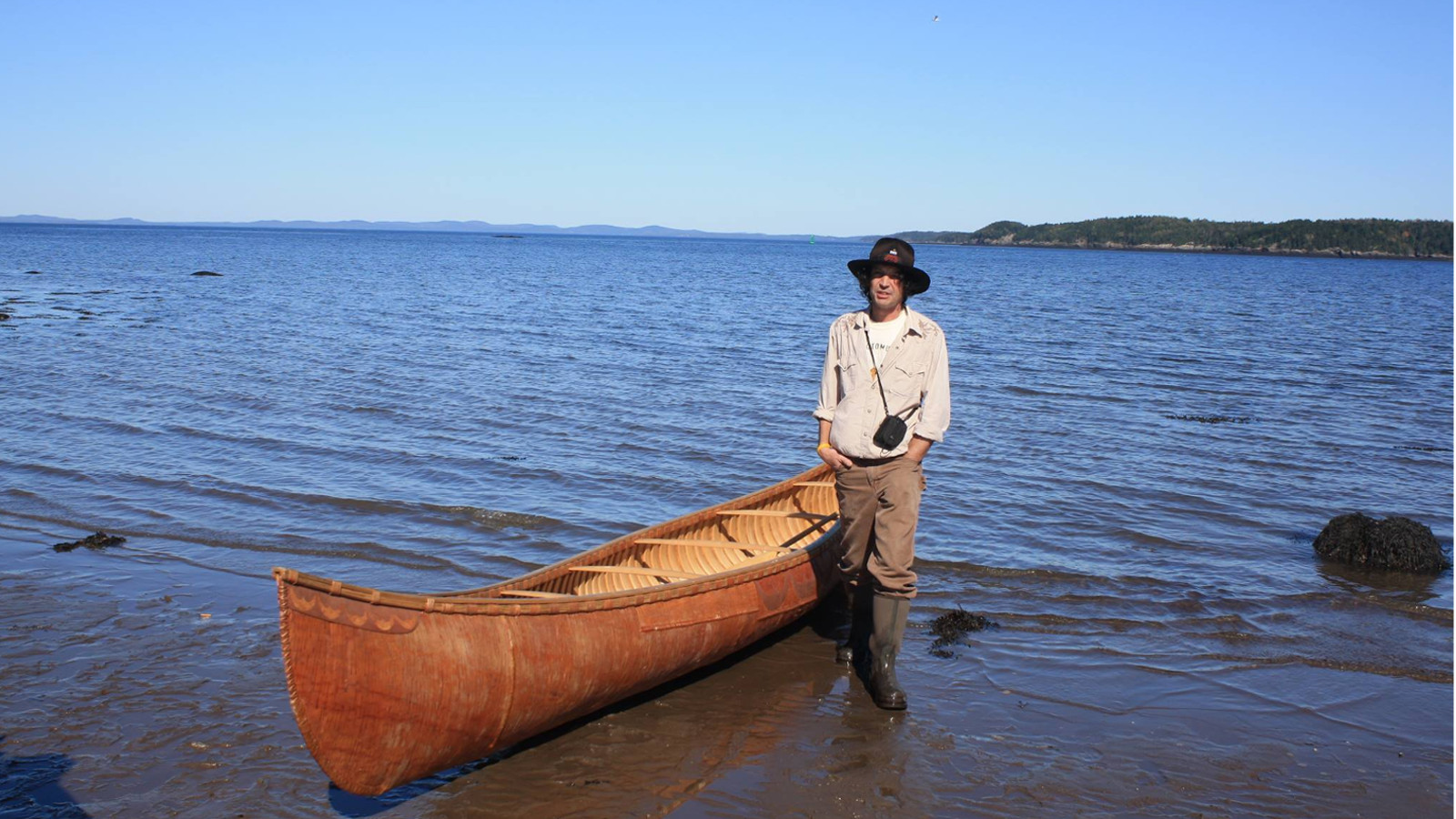 David Moses Bridges (1962-2017) was an artist, educator, political activist, and cultural promoter. David belonged to the Passamaquoddy tribe from the Northeast of the United States which, along with the Penobscot, Maliseet, and Micmac integrates the Wabanaki Confederacy. David was raised between the city of Portland, Maine and the native Reservation of Sipayik (Pleasant Point), the latter being the oldest settlement of the Passamaquoddy tribe. According to archaeologists, the human occupation in this territory dates back to 12.000 years ago.

David’s artistic, educational, and political discourse always emphasized the relationship between culture and nature. For David, the Passamaquoddy People would not exist without their deep knowledge and adaptation to their environment. His teachings consistently referred to the importance of knowing and being aware of where we live, a very different value to the disconnect between humans and the environment understanding in our modern culture. David believed that the preservation of natural spaces and passing on traditional knowledge and skills from one generation to the next were vital to the health of the environment, people, and their communities.

David’s work also appealed to a deep respect for his ancestors. David believed that the teachings of his ancestors enabled the Passamaquoddy to survive for millennia in an extreme environment characterized by frigid winter, and to sustain their people and culture through the colonization process.

Being an artist who uses the traditional techniques developed by the ancestors I understand the connections that must be maintained with our land, and our culture. This work is not mine alone, it belongs to the next generation. Whether I am working as an artist or an environmental advocate the most important lesson I can teach is that this work is a continuation of the ancestors work.

David’s story speaks of ideals and values shared by Native People all over the world, and shows the intersectional and shared struggles that indigenous and non-indigenous peoples experience in order to preserve our planet and the respect for our ancestors.

David’s artistic work was specialized in birch bark canoes, baskets, and winter-bark etchings. All materials used in his works were hand gathered according to seasonal availability on tribal lands and hand prepared using hand-made tools and those passed on to him by his elders. His canoes were built to the specific hullforms of the Passamaquoddy-Maliseet style (deadrise, rocker, tumblehome and sheer) for use on lakes, rivers, and ocean. His baskets reflect the utilitarian forms devised by his ancestors and display David’s own design and innovation based on the limitations and attributes of the material. David’s etchings show the Algonquin double curve motif and payi homage to the anthropomorphic, zoomorphic, and geometric design elements of the Eastern Wabanaki Nation. As an advocate for the next generation, David worked with as many as 700 students per year in his educational programs.